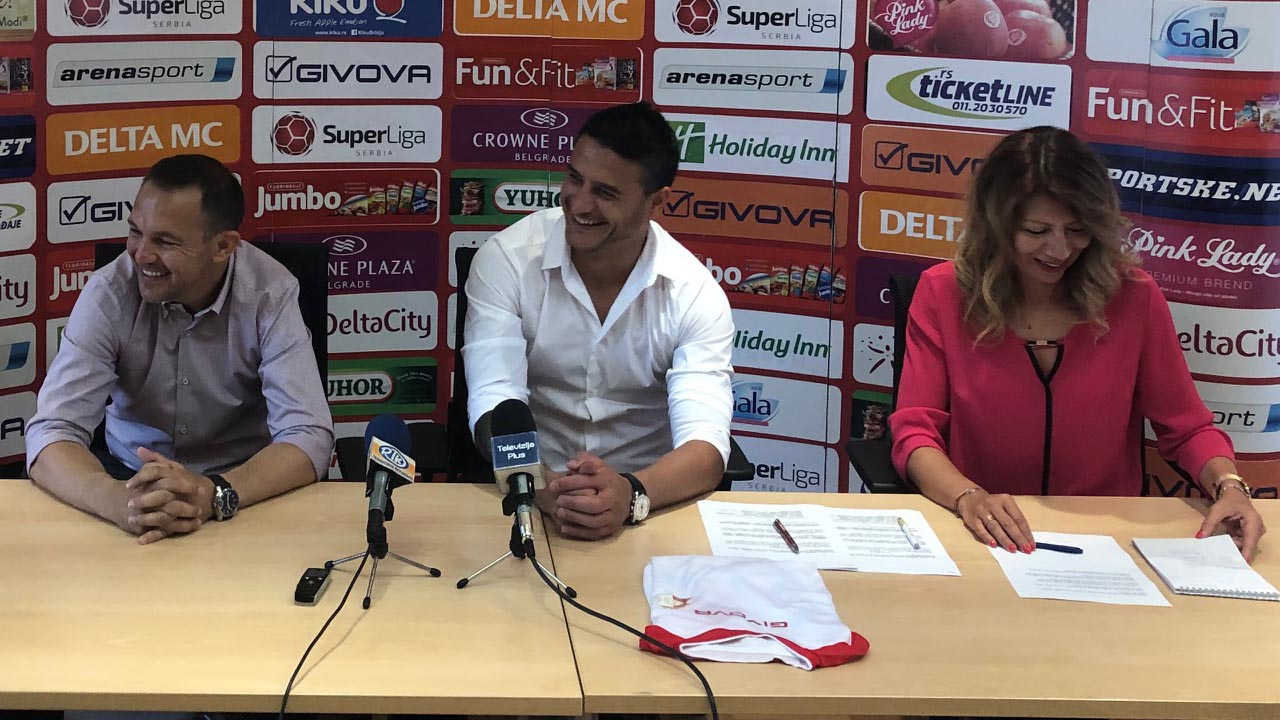 In the presence of a large number of media representatives, vice president of club Bojan Miladinović and head of the expert staff Predrag Rogan signed the contract for a year. On that occasion, Miladinovic pointed out that Rogan at the moment was the right choice for Progress:

"It is known that Napredak has high goals for this year, and Predrag Rogan is pleased to respond to our invitation because the goals for the upcoming season have coincided somewhat. We move ambitiously in this championship, and for the start, the goal is to rank among the top eight, and after that and the possibility of entering the European scene. "

In a symbolic way, in a humorous tone, the Head of the Competition was given a jersey with number three, which should represent the position on the table in this championship.

Accompanied media representatives Rogan said he was pleased to accept the invitation of President Marko Miskovic to lead Napredak FC this year.:

"It was not difficult to accept the offer of Marko Miskovic because our wishes are the same.Napredak is a club with tradition, has the most footballing audience, and there is a great deal of work ahead. The atmosphere in the club and the team is very positive and it is not difficult to fit in. The ambitions are the same .

We are getting stronger in all positions and I hope that we will have a greater part of the team before the start of the preparations. "

Not wanting to comment on more reinforcements, Rogan said negotiations are under way with several players, but the names will be published when signatures are put on contracts.

So far, the returnees from Lucani Jovan Markoski and Tomislav Pajovic came to the club from  Radnik Surdulica.

By going to Tara, the team will work in Krusevac. On Saturday, the first test game against Radnik should be played, and on Monday, June 24, the team moves to Tara in the second phase of preparation.