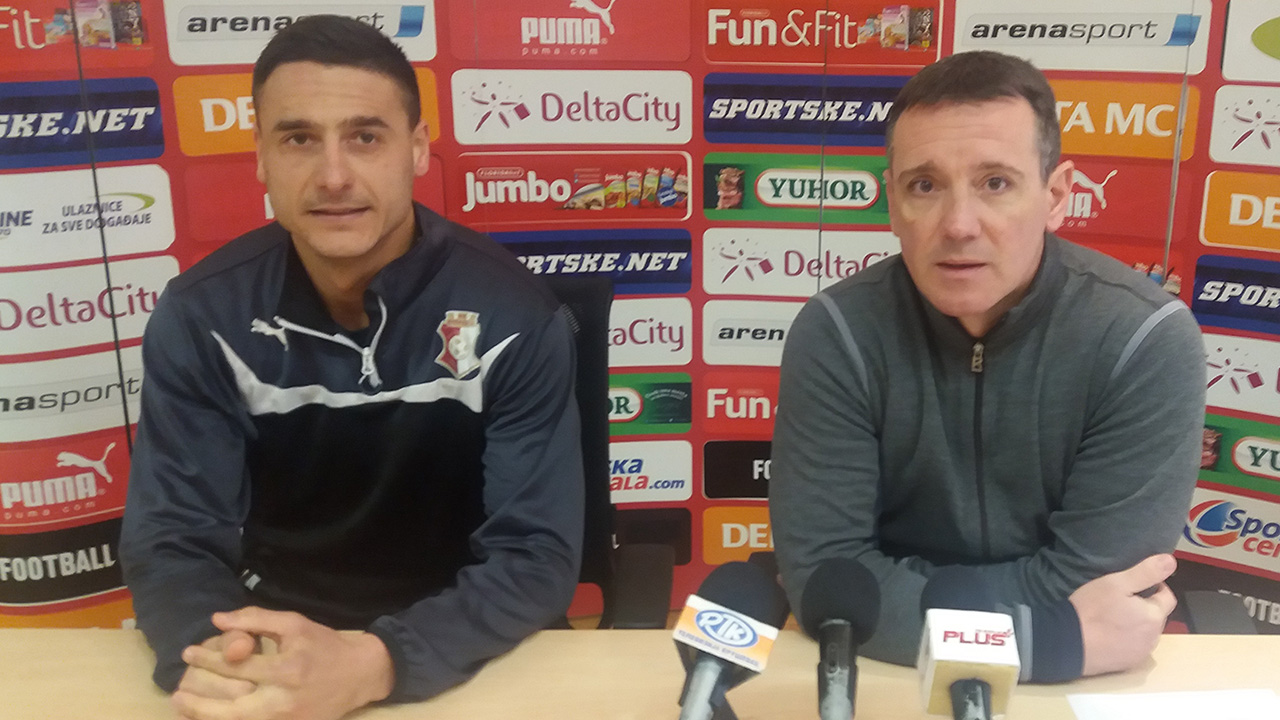 Rasovic: Up to Antalya I will complete the team

The first phase of preparation is nearly completed and Napredak head coach Vuk Rašović is extremely satisfied with the:
"Everything what's planned is done. We had a little trouble with the weather, like everybody else, but we get the most out of the whole situation and I am pleased by the job.

I have no complaints about the commitment of players, they gave there maximum.
I expect a full team to departure. There are Vidakovic, Tubić and Alivodić and maybe some others too, what we know till January 26.

In Antalya we will have better conditions, trainings on grass courts and there is a football atmosphere. Will play four games with serious opponents. "

Rašović said that he was pleased with the demonstrated qualities of Stanojević, Majdevac, Radmanovac and Markovic, but  in agreement with the President of the club decided that Napredak young forces play a half-season for some of the selected clubs, because they are missing the match:

"Young players need to play. Nothing we get if we keep them on a bench if the election for the small slots below the championship, because in the current setup forces we can not expect to get any significant playing time. Up to you go to the preparations we have two more training and then I'll decide whether any of them traveling with us. "

Despite the hard work, the atmosphere in the team is top notch, said player Bojan Miladinovic :
"The atmosphere in the club is perhaps even better than it was last fall. All the maximum stand and watch to comply with the requirements of the coach. Chemicals in training is excellent, as can be seen.

We are waiting for the start of the second part of preparations in Antalya that we will do the maximum good and ready to welcome the continuation of the championship. "
FC Napredak in Antalya will be in the period from January 26 to February 9. During this time, they will play four warm-up matches. Opponents are as follows: