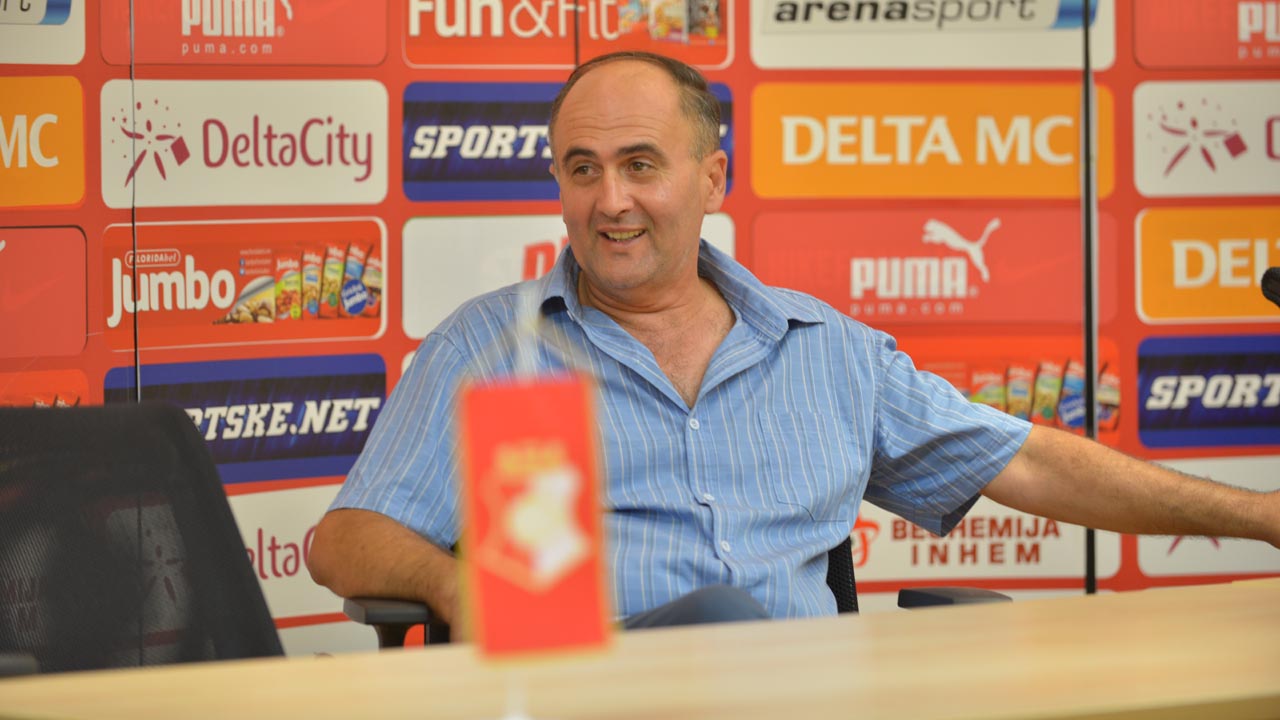 "After the defeat, which we did not expect in Milanovac, we had a day more than the team of Vojvodina, which is, in my opinion,with FC Red star, the strongest team in this season as they show it in European matches.Today, they come with a desire to continue string of victories.

I agree that they did not have three players, and we did not have Markoski, and in this skimpy fund ofplayers, we still found the strength to compete with a good team of Vojvodina.

It is a pity Varga has not used a hundred percent chance.All in all we played with discipline, we did not allow Vojvodina to with individual quality, where they are the strongest, endanger our the goal.

One game in which tactical discipline prevailed on both sides.At this moment we have to be satisfied with a point against Vojvodina team.Considering the schedule, that we played with the three strongest teams in the Super League in the first four rounds, we have five points.

Our team has not increased, except Šljivića, these are all players from first division, and it can be seen clearly when I look toward the bench- we have a few midfielders who need to carry 23 games this season.

I congratulate the team of Vojvodina in a fair and honest game and my colleague Lalatović. I wish them success in the Netherlands and to pass to the next stage of the competition.

I congratulate my team for the good game, the coaching staff and the audience that were been again  twelfth player ", said head coach Dragan Ivanović  after the fourth round matche in which Napredak FC played a draw against Vojvodina FC.