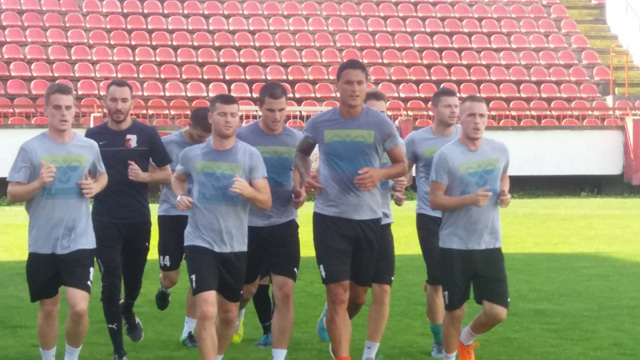 At the roll call 23 players

Newcomer to the FC Napredak is Aleksa Vukanović, striker, who played two seasons in the first division and was one of the better players. He comes from CSK Pivara, and was among the leading players and shooters. Bogicevic asked for him in the winter transfer period, and then arrangements mades.

The second player is Georgia Ilić, the attacker who passed Football school FC Vojvodina, from 16.5 years debuted for the first team of Vojvodina, but he had an injury. Last season he returned to CSK, achieved full form o, and I expect that during the season  achieve his quality..

We are expecting the arrival of Nenad Šljivića, proven Superleague player, the child from Napredak and I think that he needs to went back to Napredak. I am Insisting  at the players from this area because they feel greater loyalty to this club and I expect most of them, "said Ivanovic.

All praise I heard about Radmanovac, Majdevc and Ristic. I will insist that we bring as many young players  .. I'm a head coach and I said at the meeting that I like young players and I have specialized in them. It takes me two weeks to say where and what to do with these guys, "believes Ivanovic.

From loans have been returned Urosevic, Lemajić and Simonovic.

I’m in daily touch with Bogicevic, and his advice are very precious to me, consult about players. I need his Support  and assistance, given that has years of experience in the Superleague.

After the first phase of preparation which will be held in Krusevac,we will play the control game against Radnicki  Niš. Second preparation phase will be held at Tara, where Napredak  will play six control matches: double program against Mladost Lucani, Javor Matis, Metalac and seek to three opponents.

In the third phase Napredak will be in Krusevac, where we will  Play general rehearsal game before the season start.