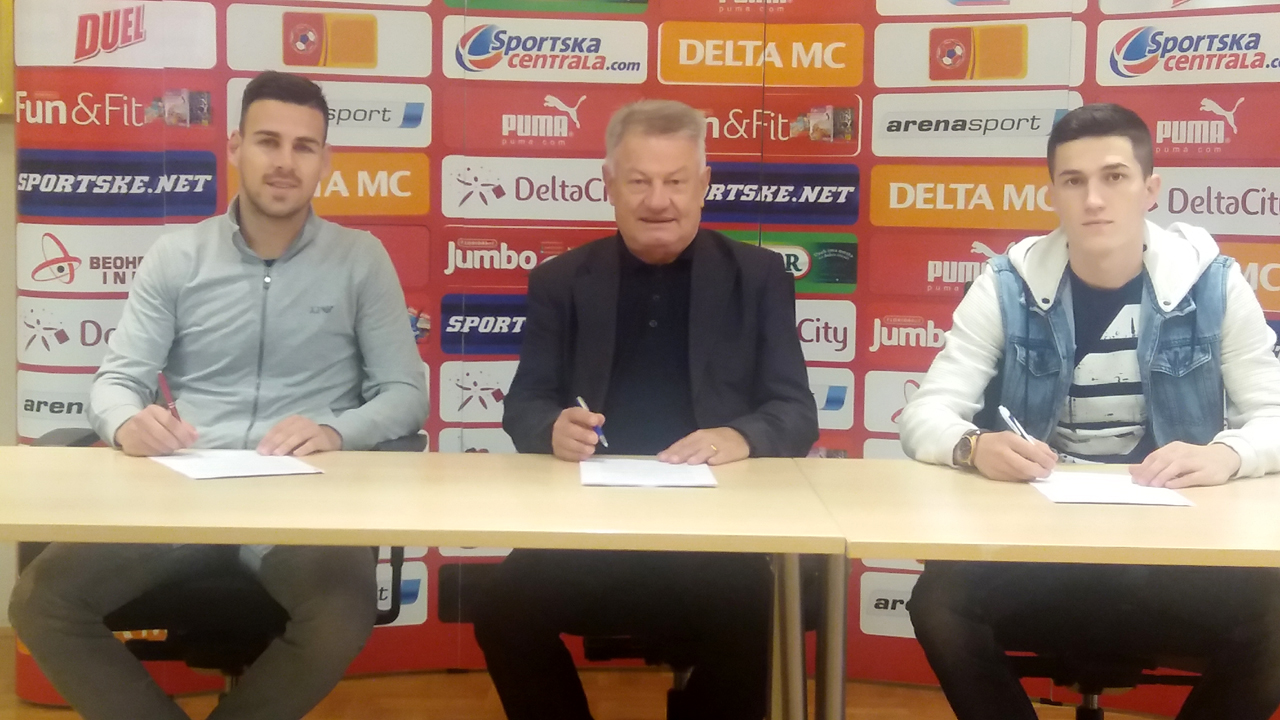 With Napredak FC until June 2018

Marko Gobeljić (1992) and Slobodan Urošević (1994) extended the contracts with the Football Club Napredak to the summer 2018 transfer window. To this move this two players decided in gratitude to the Club where where they prospered as players.

The contracts were signed in the presence of the Secretary General of the club Dragan Pajic.

Marko Gobeljić in Napredak FC came from FC Sloga Kraljevo and Urosevic, as a young national team player, winner of the European gold, from FC Rad Belgrade.They both agree - Napredak is the perfect environment for the development of young players:

"FC Napredak is a great club and a good environment for young players. To me this is the third year at the Club. Trere are working maximum professional , where fans breathe football, and the management gives maximum support.Here I feel good and I am grateful for that. This is an expression of my gratitude to the President of the club Marko Miskovic, he given me the chance to play in  Napredak.
I hope that we will continue with the good results and the continuation of the championship, "said Marko Gobeljić after signing the contract .

Slobodan Urošević  last season was on loan at Belgian Leuven and at the beginning of the summer preparation period he returned to FC Napredak:

"Gobelja and I have ever come to Napredak FC, at the same time. We wanted to extend the contracts, as  gratitude to all the people here in Krusevac who were with us. "

Urosevic and Gobeljić found themselves on the list of Selectors Muslin and played a friendly match Qatar-Serbia:

"For us it was a great experience. I think we left a good impression, and the rest is on Selector," reports his impressions Urosevic, and Gobeljić adds:
"It is an honor to play for the national team."

They see themselves in a few years at European clubs, but it is not excluded that it will come earlier, perhaps even in the winter transfer window.