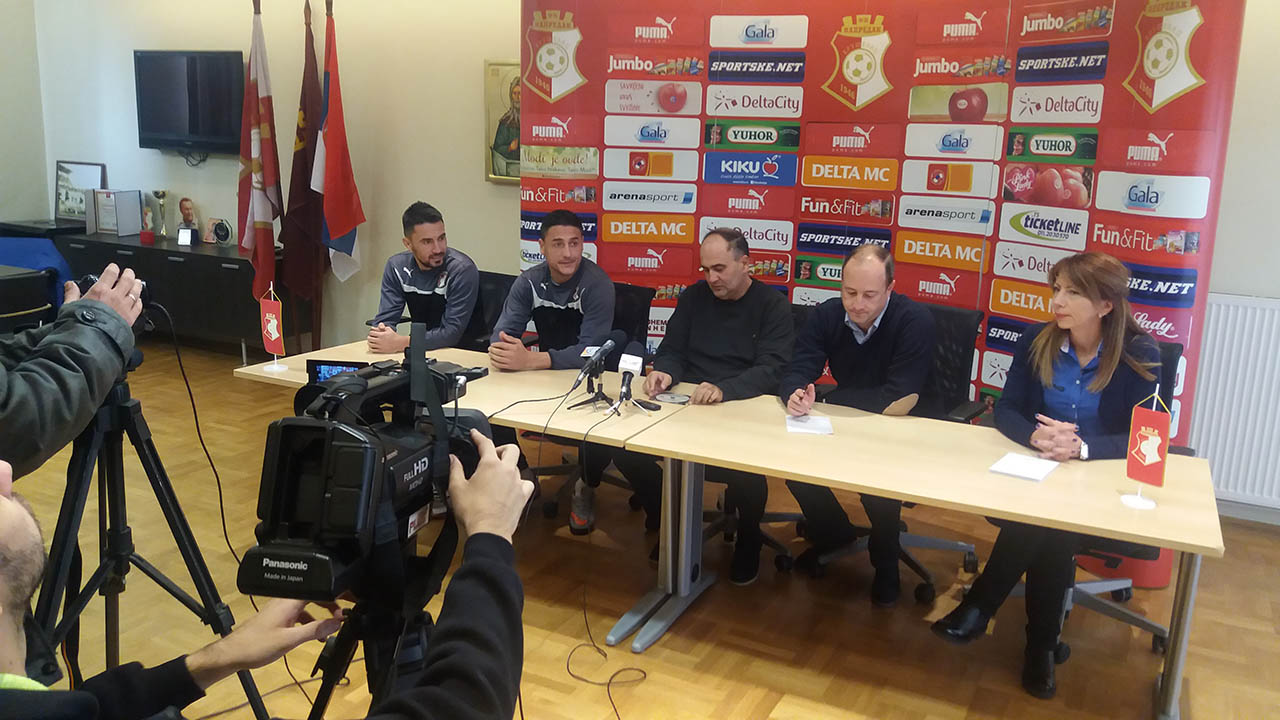 "Red Star, and Mladost Lučani, Metalac Gornji Milanovac, do not make a difference. Our goal is to provide as soon as possible to enter the playoffs. We are on good way, given the continuity of victory, "said head coach Dragan Ivanovic in his address to the press, announcing 16.kolo SL derby between Red Star and Napredak.

"Red Star is better than other opponents, which obliges us to give our best and we will play the same style, attacking, always taking care not to receive goal.

It will be difficult, but I can hardly wait for that game and I hope that my team is ready, a lot of talk about thatas well as about every game. The team is full of self-confidence.

It will be a feast of football, because it takes the current champion and currently best ranked team. We respect them but we will see where we are compared to Red Star " Ivanović concluded.

Bojan Miladinovic football player welcomes the upcoming match without some big emotions to the opponent given that as a player spent four years in the Red Star:

"Napredak FC is my club, where I became as a player. I have no emotions for the upcoming match. In RedcStar FC it was the beautiful and ugly moments. This match we realized very seriously and like to prepare every game we approached very meticulously.

They are now, in my opinion, the best team, as shown by the situation on the table, but the players are ready to give their best and I hope that we will delight our loyal fans. "

No less optimistic was Projić , who, as an example of good games against Red Star, noted that one from 2008, when Napredak FC after leading by 1: 0 lost a match:

"It was a good game, tribunes were full and the atmosphere was beautiful. I would like that this time luck is on our side. There is no pressure on the team, because we are professionals. Our goal scoring balance correction. I would use this opportunity to invite our fans to come in large numbers ".

Vladimir Arsic, director of the football club Napredak spoke on the organization of the game itself:

"Tickets are on sale at the central cashier Mladost stadium in Krusevac as well as at retail locations Ticketline in Belgrade," said the director of the football club Napredak in his address to journalists.

We kindly ask all fans to timely secure their tickets to avoid any unnecessary creation of the crowd on the day of the match. "

Match Napredak - Crvena Zvezda played on Saturday November 19 at 17:00 pm at the Mladost stadium in Krusevac.