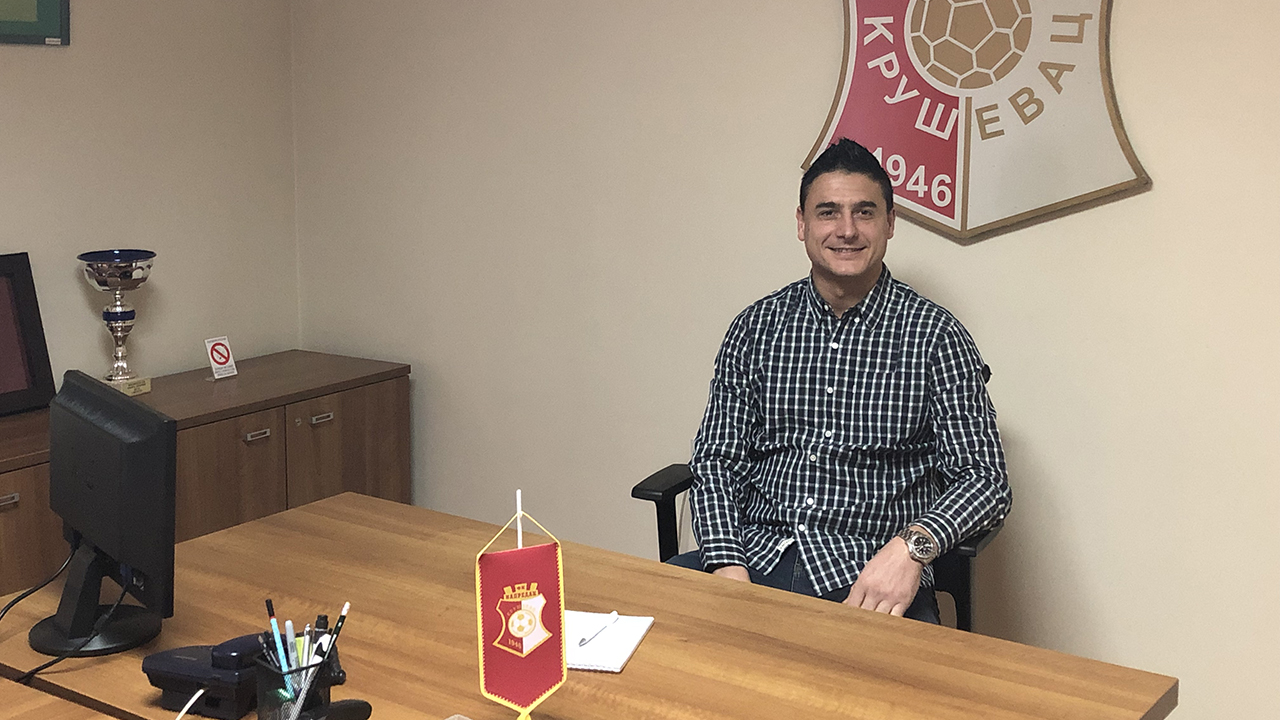 Bojan Miladinovic-Kapka was appointed today, by the decision of the president of the club Marko Miskovic, for the vice-president of the football club Napredak. Miladinovic replaced the dressing room immediately with the office, and seriously caught up with the current situation in the Football Club Napredak:

"I was hoping that after the termination of a player's career I would get some kind of task at the Headquarters of the Football Club Napredak, and today this has happened. I owe a great gratitude to the club president and I think that with his work and dedication he earned his trust."

Asked if it was difficult to replace the field for the office, Miladinović said that in the past 37 years, he had enough to play:

"If I did not play, then I do not know who it is. There will be a lack of field, but my desire is to be even more successful in this job than I was as a footballer.

I am ready for a new obligation in the club and function, and I am ready to give my maximum in the office, "said Miladinovic for the club site.