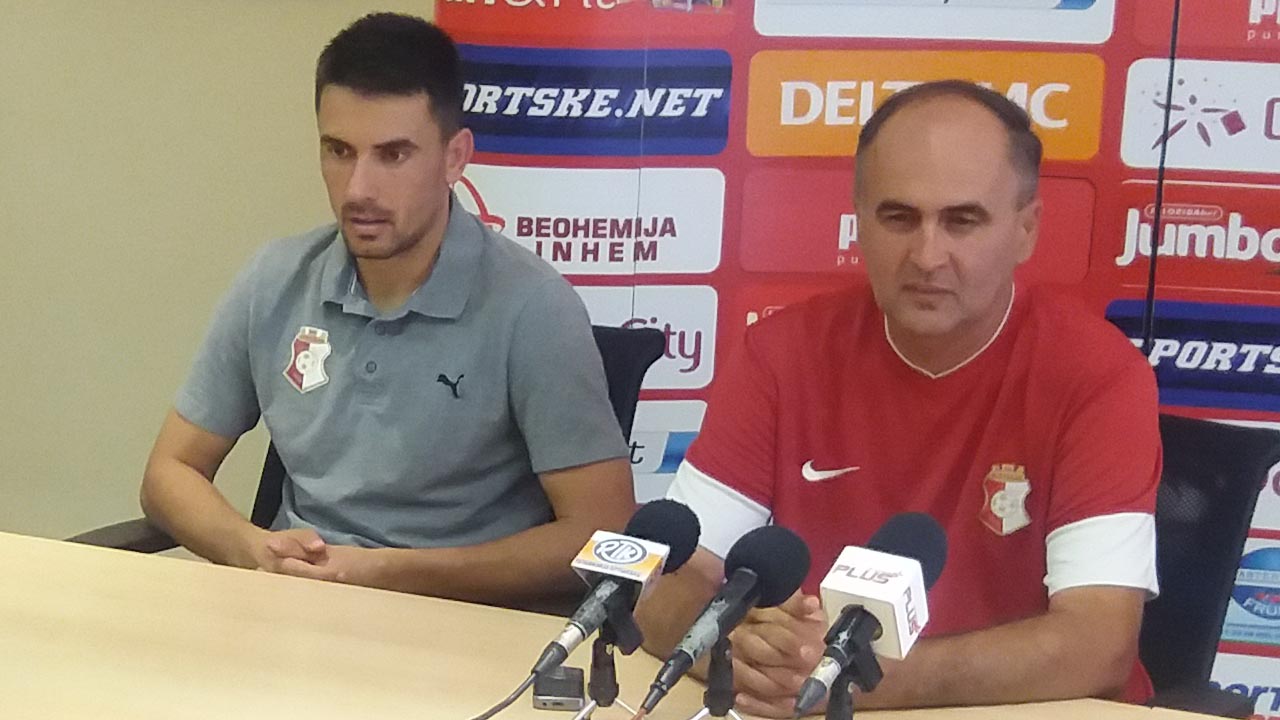 "Fresh blood" will get a chance

After a good game in Lucani, but without sports luck, six round  match against Javor we are welcoming with the imperative of victory, said head coach Dragan Ivanovic :

"Every game is special and difficult.We can see that everyone can beat everyone.At the start we took a chance to surprise Red Star and Partizan.I can not be not satisfied with the game and dedication in the last round, but we just did't have sports luck.We lost that one point. The plan was to have the six points before the last two rounds before the break. We are missing that point for calmly awaiting match against Javor. Nothing alarming, but it imposes the imperative of victory. I am very satisfied with the work of players.They are training hard and the atmosphere is great.

Javor is a team that is newly formed, like us, and certain that my colleagues Milos Veselinovic will be necessary patience. Javora team plays tactically good, defeat by Vojvodina does not need to be a landmark, because it can be misleading.

The course of the match showed that Javor is not in a subordinate role, but Vojvodina's individual player's ability  was crucial.

Sometimes you need to have sports luck. I hope that we will be the ones who will rejoice on Saturday . From newcomers I expect "fresh blood" in that game. "

Bratislav Punoševac and Vladimir Jovovic have gained the right to play for Napredak. Punoševac comes from the Hungarian Bekescsaba 1912, and Jovović is on a six-month loan from red Star. Two of the attackers will be "fresh blood" that Napredak needs at this moment.

Napredak supporters were always twelfth player, but the player Josip Projić took the opportunity to reiterate:

"The players are fully prepared and focused on the upcoming match. We will do our best to achieve a positive result.  The supporters help is always needed, so I hope that we will write new three points. "

Jovan Markoski on Saturday will help his teammates,  he returns after a two week break. Vulic will miss game because of injury, and other players are available to the coaching staff.

Match Napredak - Javor is playing on Saturday August 20th at 20:00 pm at the Mladost stadium in Krusevac. Tickets for the game will be released for sale on the day of the match from 10:00. Ticket prices are as follows: North and South 150 RSD, East 250 RSD, West one 300 RSD  and west two 400 RSD.