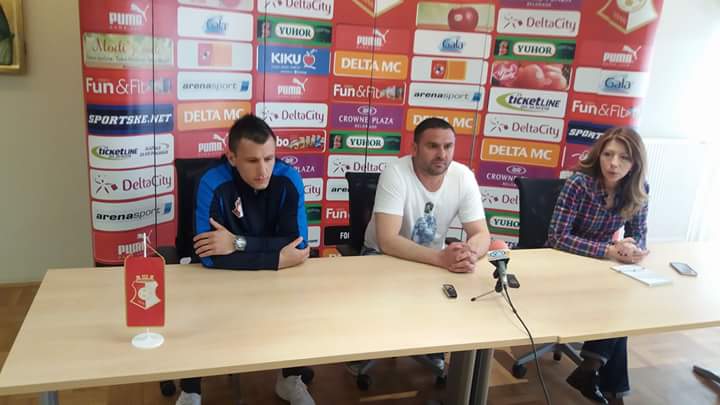 Kasalica: The fight has just begun!

On Saturday 01 April at 18:00 Napredak FC awaits Novi Pazar FC. Napredak FC needed three points to mathematically ensure safe placement in the playoff stage of the competition. About how up to three points at the press conference  assistant coach Ivan Stefanovic said:

"We analyzed the opponent and it is evident that the FC Novi Pazar is rising a form. They brought in a new coach and recorded good results in the last few rounds. Victory in Lucan and draw at Cair talk about the opponent that comes to us on Saturday. It will be a tough game.

On us is to establish our game. From the players will be asked to enter a maximum concentrated in a game and to give their maximum effect. Surely it will not be easy, but we have tried to draw lessons from the their defeat of the Mladost FC and draws with Radnički FC.

I hope that we will succeed with the help of the fans to get to the three points and secure a playoff stage of the competition. "

Footballer Napredak's Filip Kasalica due to injury in the match against Cukaricki sidelined last five rounds. The report of medical service of Napredak FC shows that Kasalica next week will join the team in a full workout:

Except Kasalica all the other players are available to the chief the coaching staff Vuk Rašović.Ticket sales for the match 28.kolo SL will begin on the day of the match at 10:00 am at the box offices Mladost Stadium in Krusevac. Ticket price is unchanged.