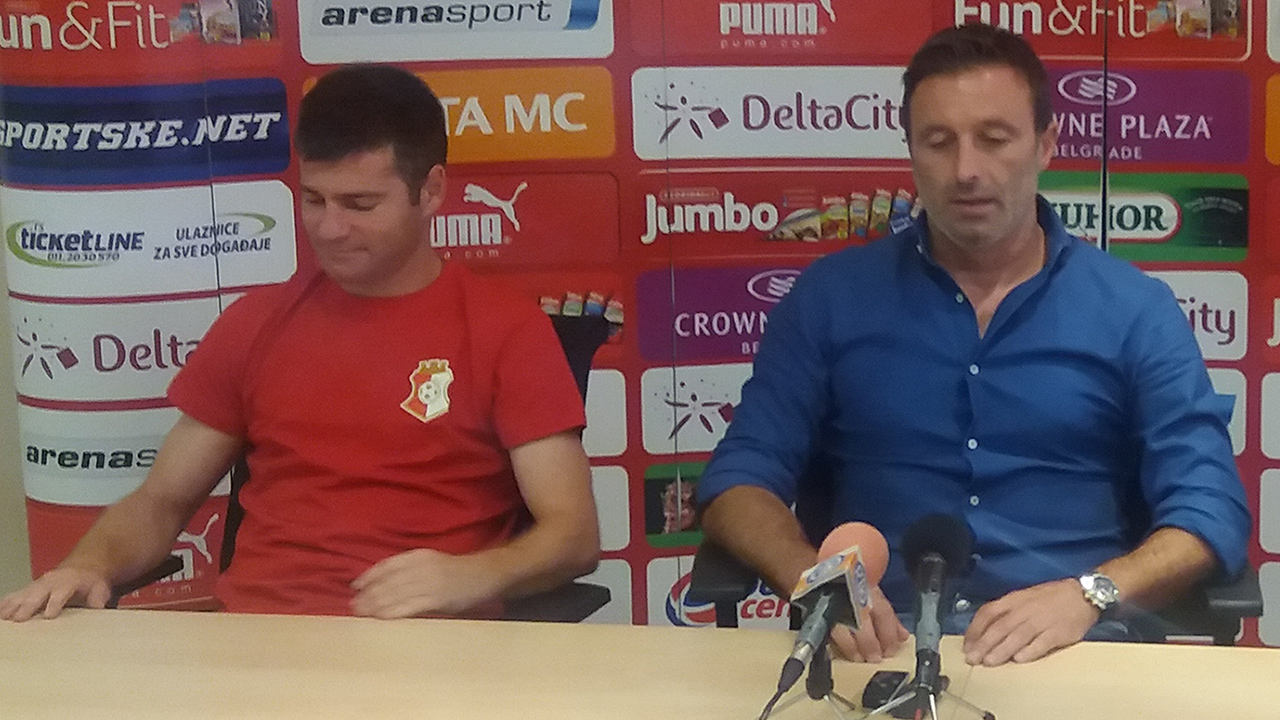 The solution is just work

Third round match of the Super League, Napredak-Radnik, for the players of Napredak had the imperative of victory. After a draw against FC Rad and a defeat from Cukaricki, with only one point from two rounds, the expectations of the fans, the players and the coaching staff are the same:

"We expect to start with victories,too, because we did not plan only a point from the two rounds . It is certain that we are fall behind, but we believe in our work, and we expect everything to be much better against Radnik FC.

The games we provided during the preparation period were far better than the first two rounds.
We are currently in the problem that we are solving and we will surely do everything to show a better game against the Radnik",  the head of the Napredak headquarters, Nenad Sakic, promised.

Captain Jovan Markoski told the gathered journalists that the advantage of Napretka is home court, but also that it is unacceptable to lose points at home:

"We are all working to correct the failures from the first two matches,we will do everything to record the first win in the season."