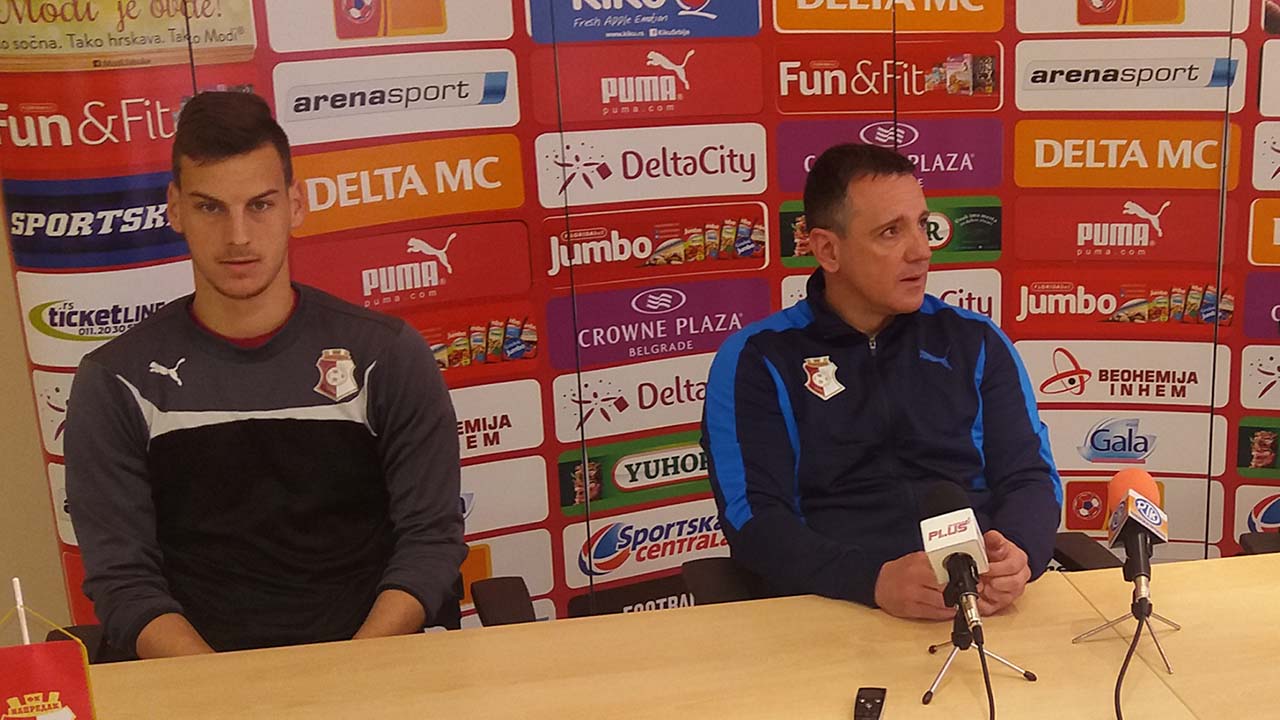 Without auction in Belgrade!

At the press conference announcing the match 27.round SL, in which Napredak is guest to  Rad FC, head coach Vuk Rašović said that he breathing easier after Saturday's win, but that archived that match after the end , and that the team immediately began preparations for the upcoming match:

"All  attention we dedicate to games of football club Rad. They have a very specific and interesting team - a good blend of older and younger players, a mix that I support. They have very fast players, so we had something to talk about and what to think. I sincerely hope that we will replay the previous rounds.
I want to exclude the mistakes that we made, and give us the concentration is at a higher level, and I'm sure if it so be that we can hope for a favorable result. "

Not wanting to speculate with the names, Rašović said that whoever will be on the ground, will have to fulfill the requirements demanded of it at a certain position:

"I do not want to speculate with the points, we are competitors, it is certain that we will fight for all three points and give our best to fill it out."

After the injury of Jovan Markoski, Miloš Vulić got the chance, that is for the young players in several rounds was heavy burden:

"Last year,the same, I had a lot of playing time, so I quickly fit in. I wasn't show the best  in the first few games, but with work I fixed some deficiencies.

Let's go from game to game, we play better, the team created a lot of chances, but our main problem is implementation. I hope that we will in the next match to correct it and we will be back in Belgrade as winners. "

The match Rad-Napredak is playing on Saturday March the 18th at 17:00 at the King Peter I stadium in Belgrade.