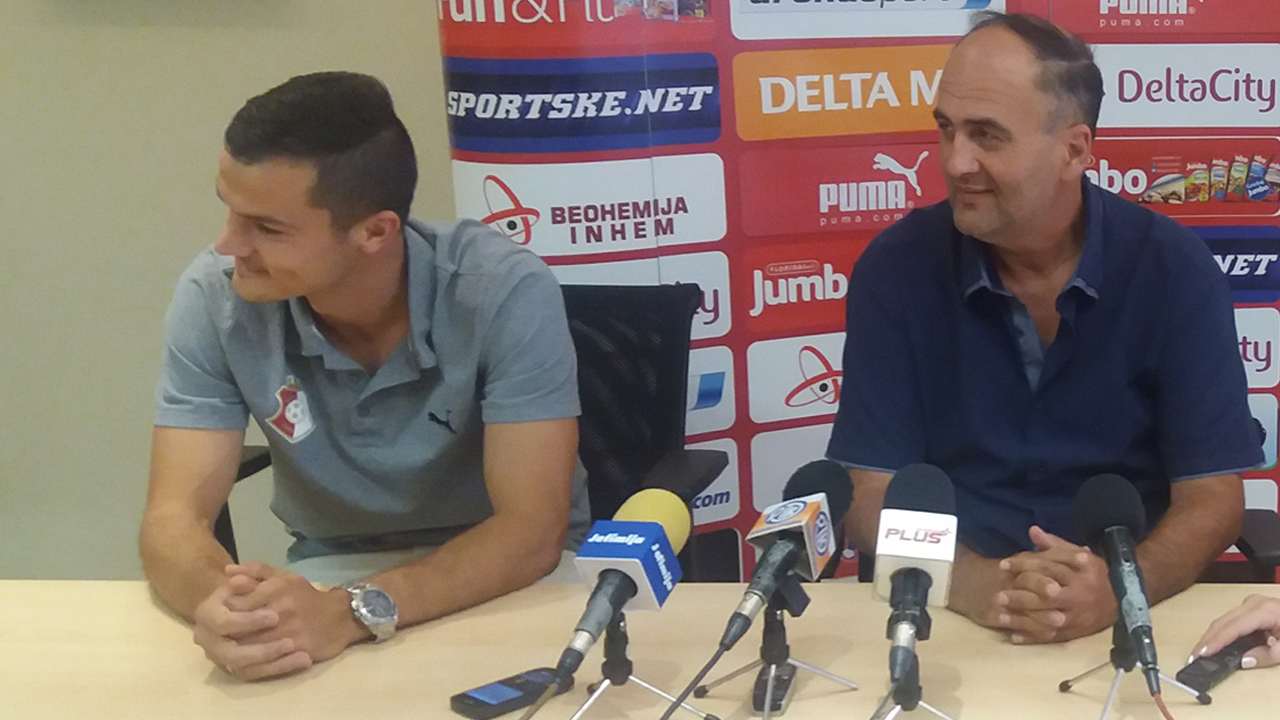 Without tension and pressure, we know who is coming as Away

"On Sunday we will see how we are ready for the match",facetiously began address to gathered journalists by head coach Dragan Ivanovic.After the first round,and debut of head coach and many players who were played only in first league, head coach of Napredak said that on Sunday he expected real debut in front of the home audience:

"I am satisfied with the result of the first round and with a great mood and optimism we expect match against Partizan.Players are visible mood, without tension and pressure, we know that Partizan is the favorite but they are optimistic before our match.We also know that for Partizan this match is to be or not to be,for regained their optimism because they are dropped out of qualifying for the Europa League. "

Taking into consideration that the opponent in the last three games is not scored, the player of Napredak Nenad Šljivić believes that this may be the odds at  Napredak side:

"After a good job in the first round, it would be a shame to stop now.This team has a sporting spirit. On Sunday we will provide a good show.I am glad that we are among the bests,and for my returning home. Partizan is favorite, but we in our ranks have a trump card that can take advantage of every weakness of the opponents.I promise that we will go out to fight, and everything is in God's hands and our feet and in our heads. We hope for a good result. "

In addition to the injured Miladinovića, all other players are available to the Head coach.

Stadium gates will be open from 16:00. We ask all fans of both teams, to timely provide their tickets and reduce the creation of unnecessary crowds on the day of the match.