Kruševac (Serbian Cyrillic: Kruševac is a city and the administrative center of the Rasina District, in Serbia. It is located in the valley of West Morava, on Rasina river. According to the 2011 census, the administrative area has a population of 128,752, while the town has 58,745.

The city was founded in 1371, by Prince Lazar of Serbia (1371–1389), who used it as his seat.
The etymology is derived from the Serbian word for "river stone", krušac which was largely used for a building at that time.

Main train station in the town
Kruševac was founded in 1371, as a fortified town in the possession of Lord Lazar Hrebeljanović. The Lazarica Church (or Church of St, Stephen) was built by Lazar between 1375–78, in the Morava architectural style.[3] It is mentioned in one of Lazar's edicts in 1387, as his seat, when he affirmed the rights of Venetian merchants on Serbian territory. In preparation for the Battle of Kosovo (1389) against the Ottoman Empire, the Serbian army assembled in the city. The site of Lazar's palace is marked by a ruined enclosure containing a fragment of the tower of his spouse Princess Milica, and, according to legend, tidings of the defeat were brought to her by crows from the battlefield. After the battle, the city was held by Princess Milica as her seat. The little that remains of Lazar's city is the Kruševac Fortress, which was declared a Cultural Monument of Exceptional Importance in 1979.[4] Several old Ottoman houses were left at the beginning of the 20th century, besides an old Turkish fountain and bath, which was known as Alacahisar (Aladža Hisar) during Ottoman rule between 1427-1833 (nominally to 1867) when Kruševac was the seat of the Sanjak of Kruševac. The Ottoman rule was interrupted during Austrian occupations between 1688–1690 and 1717-1739.

A large monument dedicated to the fallen Serbs at the Battle of Kosovo was sculpted by Petar Ubaković (1852–1910). A part of the monument is also a statue of the famous blind Serbian poet Filip Višnjić. 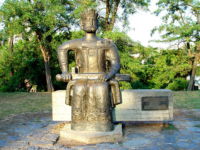 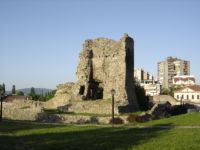 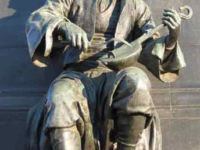 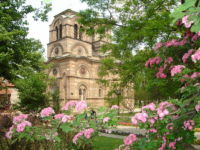 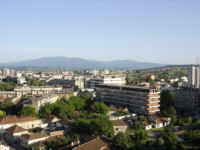