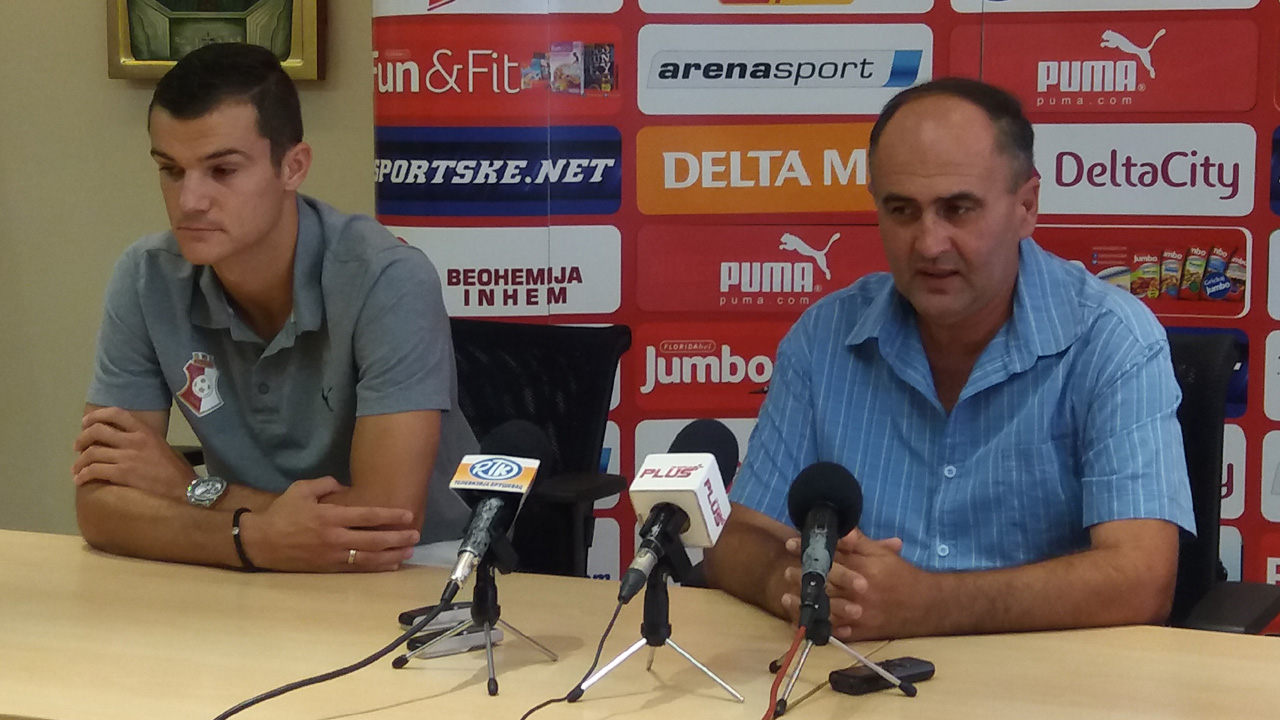 In prosperity do not be uppish

Head coach Dragan Ivanović and football player Nenad Šljivić announced the third round match of SL where FC Napredak will be away to FC Metalac :

"Metalac and Napredak are teams that have a fairly equal regarding the quality of the players.Game with Partizan had a double effect:on the one hand physically and mentally we really emptied, on the other players have made a huge psychological progress, which is reflected in the confidence.Against Partizan players played very well, and it is certainly that we will use this positive energy that we are adorned in order to be well prepared for Metalac.

In addition to home advantage, Metalac has the advantage of an extended micro cycle, as they played on Friday, but it is certain that we will play to win.

Our players have a good psychological advantage, and I think we can expect a positive result in Milanovac, "said head coach Dragan Ivanovic to gathered journalists.

He added that a large group of players and himself have the motivation to Napredak in this season achieve a better success:

"It is not easy because you have for opponents stable clubs with a stable the teams.But here is something positive going on.I do not know what the result will be Milanovac or in the next game.But what the boys showed in the first two rounds and throughout the preparatory period gives me encouragement for positive thinking.No matter what we have not got some big names, we used the opportunity of the current players get the maximum out and so far this is correct.

After nine rounds we can talk about what kind of team we are. At this point in every game we enter a maximum concentrate on the opponents with the aim of a more favorable result. "

As far as the team's medical record, Miladinovic will miss this match, but Varga and Ndaye the recovery of injuries received on the previous game.

"They are fairly homogeneous team.We've got a hard fight but I think we are on track to achieve a good result.Everything depends on us.We have wings, self-confidence, positive energy, and up to us to justify it. It is a  pleasure to watch satisfied teammates keeps getting better and there is no doubt in a good result."

Match Metalac-Napredak is playing on Saturday, August 6 at 20:00 hours at the stadium in Gornji Milanovac.