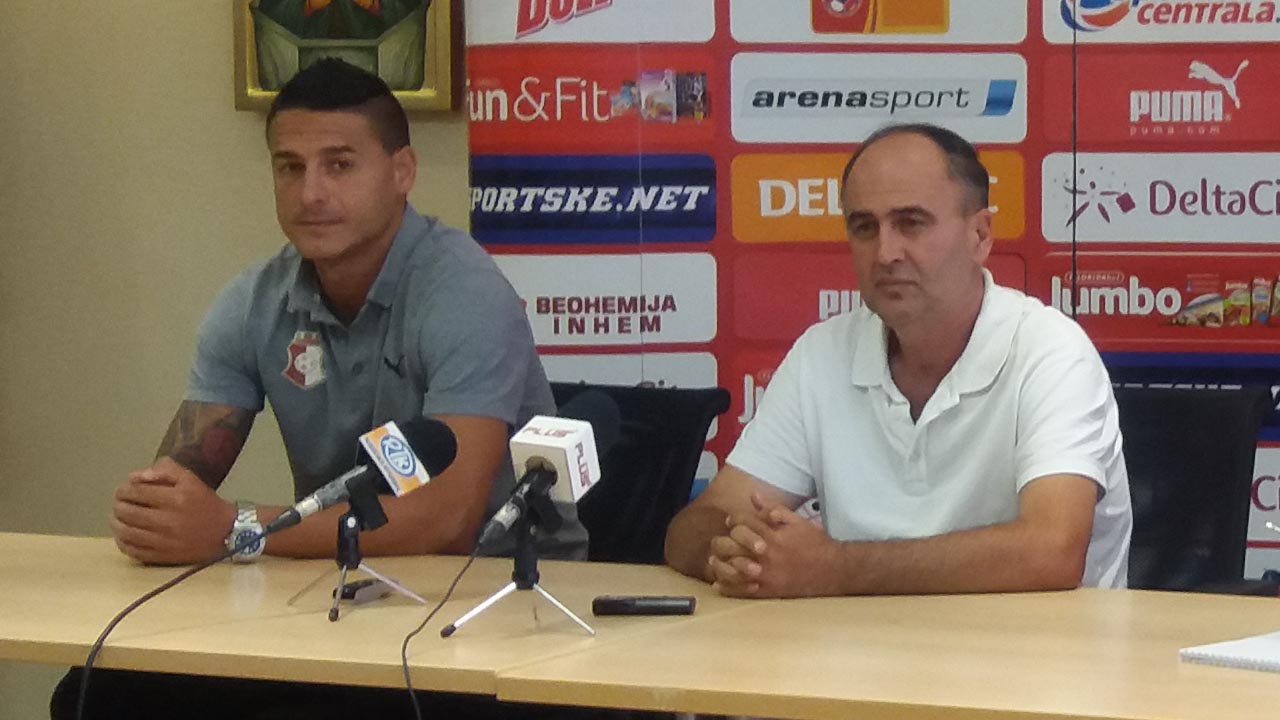 Without formational changes in Lucani

In the fifth round of Super league Napredak will play against Mladost Lucani,as away team.Announcing upcoming match, Head coach of Napredak Dragan Ivanovic spoke with great respect about the opponent led by a coach Nenad Milovanovic good connoisseur opportunity in our club:

"Mladost Lucani last few years attained good results.They are a serious team led by an serious expert so  we expect a lengthy and difficult matches at every level.As far as physical fitness, both teams played on Wednesday, we with Vojvodina, them with Metalac, and we are in a similar position. I think the game will decide individual quality players.Am looking forward to be able to count on Bojan Miladinovic, who I invited to attend the conference because of great psychological significance that his return means to the team.

Žarković is eligible to play, which is good, because our defensive line is pretty burdened in those four games and there will be castling. The most susceptible we are in midfield where we have a problem  because Vulic injury.

It will be a tough match and we will be maximum prepared to try to aging undefeated in Lucani. "

Referring once again to a lack of players in the team of Napredak, head coach Dragan Ivanovic said that the priority is to train Beljic as players with individual quality, because our upcoming match against opponents who will not play open.

Although for Lučane Ivanovic will not be able to count on Vulića and Markoskog, after a long absence due to rehabilitation of injuries, in team returns Bojan Miladinovic:

"I hope my return will significant help my team.For team-mates who do not have much experience of the national football league I can say that these are good guys who know the meaning of a professional and how to treat on and off the court.There is no reason for fear of the next game. I expect we will show our true face and achieve a positive result in Lucani. "

The match Mladost - Napredak is playing on Sunday August 14 at 20:00 at the stadium Mladost FC Lucani.